Meetingspot is Sweden’s leading annual seminar about international sailing events  and the 13th edition of the event in Gothenburg, on February 1st, had the best line-up of speakers yet.

Meetingspot 2019 started with a keynote presentation from legendary Ocean Race sailor Chris Nicholson and continued with focusing on the leading events in the sport. Besides discussing the future of classic yacht classes, Marie Björling from the Swedish Sailing Federation and Stefan Rahm, World Sailing, gave their point of view on the Offshore two-handed class being introduced in the 2024 Olympics, together with profiles like Xabi Fernandez and Martin Strömberg.

“Meetingspot is a fantastic event that brings the Swedish sailing community together. It’s a tradition for many of us to be a part of it, the level of the seminar is very high and you know that you always get a good update on what’s happening in the sport”, says, Richard Brisius. 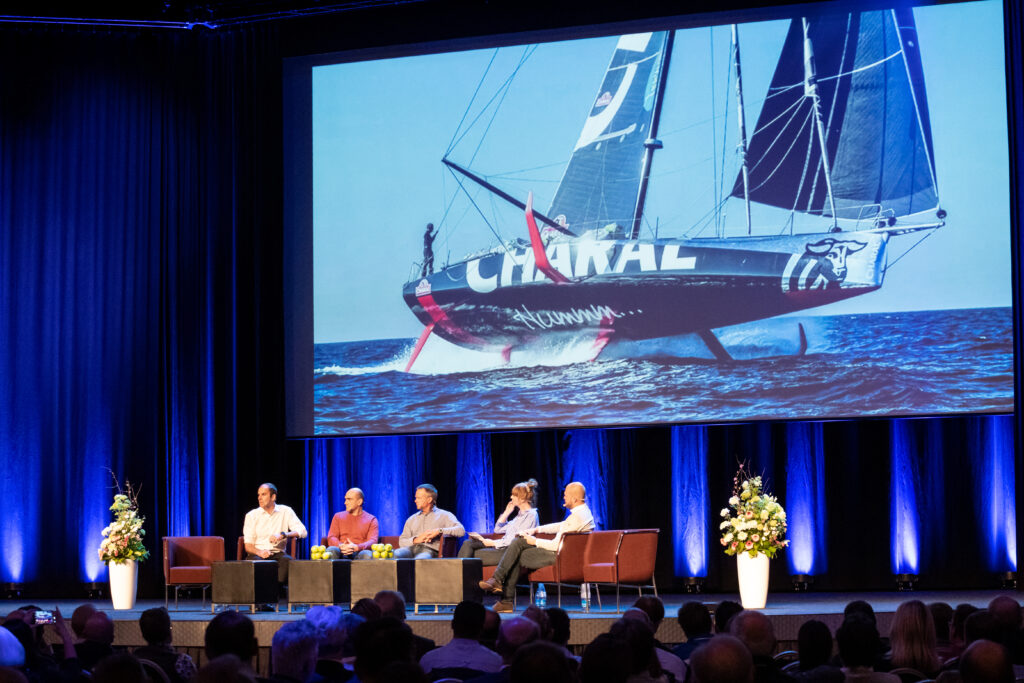 With an audience of over 600 people, Meetingspot was once again a perfect opportunity for sailing fans to start looking forward to the coming season. 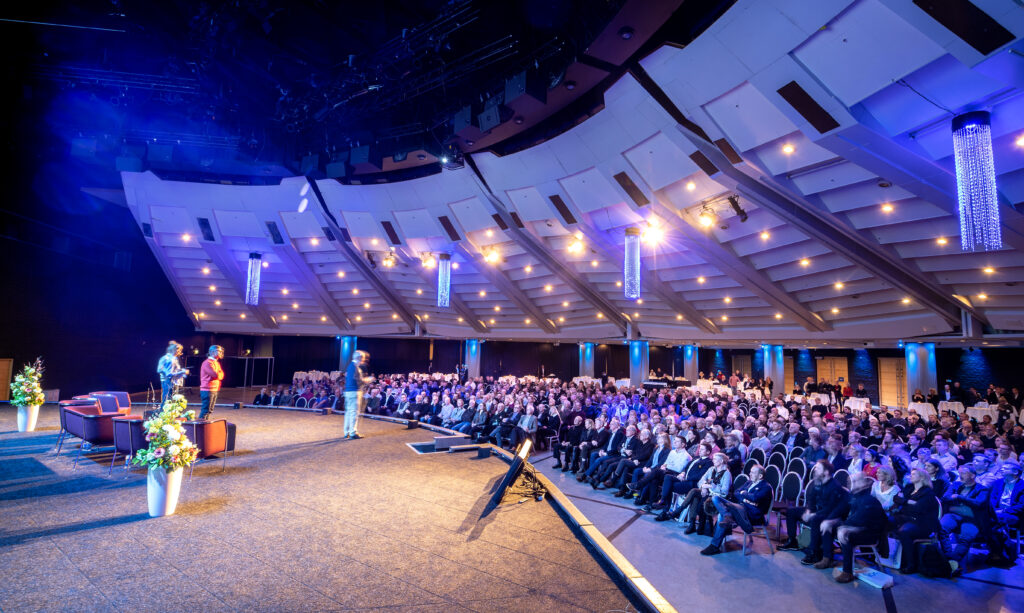 In June 2019, a new international match racing event will take place on the Swedish west coast. Midsummer Match Cup in Skärhamn on the island of Tjörn will not only introduce a new fantastic venue for professional match racing, the event will also be raced with mixed teams.

Premier sailing events have had mixed teams in the past. One example is the Volvo Ocean Race, which had a set of rules that gave an advantage to teams that raced with both men and women in the crew. The open class in international match racing has been open to both women and men. However, Midsummer Match Cup will be the first event that states that all teams must compete with at least two men and two women.

Skärhamn has a rich marine history but this will be the first time that a big international sailing event is staged at the venue. With a sailing arena close to the shore, Skärhamn’s harbour will suit perfectly for match racing. Behind the idea for the new event is Johnie Berntsson, one of the most prominent names on the international match racing circuit for over a decade.

“I am very proud to be a part of starting this event in a place that means a lot to me as a sailor. I started my career sailing on these waters and I’m sure Midsummer Match Cup has a lot to offer. Skärhamn is the perfect venue for the words first strictly mixed team match racing regatta”, says Johnie Berntsson.

The municipality of Tjörn is a close partner to the Midsummer Match Cup as a part of a long-term ambition to build Skärhamn as a venue for match racing and teams that want a great place for training. Ian Williams (GBR) has won five World Championships in match racing and he is thrilled to see a new event organized in Sweden.

“I have always enjoyed racing in Sweden and there is such a big interest in sailing on the west coast. Midsummer Match Cup has a very interesting new concept with mixed teams and I think it will be a great event for sailors as well as the audience, the venue and all the commercial partners to the event”, says Ian Williams.

Lucy MacGregor (GBR), also a former match racing world champion, is positive that the Midsummer Match Cup will attract a lot of spectators and interest from the international sailing community.

“I’m very happy to see that professional female sailors are gaining ground in several parts of the sport, both racing with mixed teams in big events and all-female regattas that attract a lot of attention. The concept of the Midsummer Match Cup can be great compliment to other events and it will be exciting to see a match racing regatta where men and women compete side by side on equal terms”, says Lucy MacGregor.

Midsummer Match Cup will take place on June 25-29 2019. The event is organized by Brandspot AB which been a part of managing events like GKSS Match Cup Sweden, Volvo Ocean Race stopovers and the America’s Cup World Series in Gothenburg.

Brandspot AB will be managing the Midsummer Match Cup 2019, a new international match racing event in the picturesque community of Skärhamn on the Swedish west coast. It will be a grade one event raced in monohulls and with mixed crews.

Skärhamn is a beautiful community on the Swedish west coast, just north of the Marstrand which is well known for hosting big international sailing events. To host the new event here is a long-term commitment both by Brandspot AB as event organizers and by the municipality of Tjörn, to which Skärhamn belongs. Tjörn has hosted Tjörn Runt, one of Sweden’s biggest sailing events for over 50 years and Skärhamn has a rich maritime history.

A Race Village will be built for the event in the harbour of Skärhamn and the racing will take place on Hamnefjorden, close to cliffs and the spectators on shore. With the local businesses and activities playing their part, this will make Skärhamn a unique venue to host a match racing event. Johnie Berntsson, established skipper on the international match racing circuit, started sailing as a kid in Skärhamn.

“It’s going to be an amazing venue for match racing. We have the right mix with the municipality of Tjörn together with Brandspot, local businesses and organisations in order to make this a world-class event”, says Johnie Berntsson.

Elite teams from around the world will be invited to compete in the first edition of the regatta, which is not connected to any series or tour. The fact that the regatta will only be open to mix teams is unique in the world.

“It will be exciting to be a part of creating a new concept in international match racing and to establish the event at such a beautiful and unique venue as Skärhamn. It will be a new kind of event and we are going to work closely with the municipality of Tjörn, local businesses and other key players in the region”, says Jan Torstenson CEO of Stockholm based Brandspot AB.

Brandspot has previously worked with a number of big international sailing events such as Volvo Ocean Race Stopovers in Gothenburg and Stockholm, the America’s Cup World Series in Gothenburg and GKSS Match Cup Sweden at Marstrand.

Dates for the event will be announced shortly.